Thank you! Your submission has been received!
Oops! Something went wrong while submitting the form.

Mahalo! We’re so excited to share even more with you!
Oops! Something went wrong while submitting the form.

Full transparency, I bought an AirDoctor this time last year after hearing my closest’s friend’s personal testimony using the AirDoctor in her home. She wasn't at all affiliated with the company and had spent weeks doing research on the best quality system she could invest in her home with a new baby on the way.

Like us, she too has dogs who live both indoors and outdoors of the house, and when we facetimed and she showed me her partner cleaning out the filter in their AirDoctor I almost gagged. The amount of animal hair, dandruff, dust, and other air-borne crap that this machine had collected was mind blowing.

I immediately visited their website, did a bit of research on other competitor models, and soon after determined, this was the machine worth investing in.

We bought two AirDoctor 3000, right away, actually. One for each bedroom of our home, as they are quite large rooms that also function as our home office and living/television room (we spend a LOT of time in these two rooms.) I ordered them in America and traveled with both AirDoctors back to our home in Bali, Indonesia, where…

We arrived back in Bali, set up the two AirDoctors, and leave the machines on “auto” mode each day. The machines are incredible. The moment I “soosh” one of the animals off the couch or shake a blanket from the bed, the AirDoctor senses the increase in air pollution and turns on to purify the air.

It’s quiet, easy to set up, and has completely transformed the quality of air in our home. We sleep better, feel better, and have peace of mind knowing that we’re not jeopardizing our health by living where we do, with the number of animals we have.

Smoke, chemtrails, car exhausts, plant pollens, mold etc. But how do you know that the air inside your home is any healthier? Switching to a non-toxic lifestyle helps avoid gross chemicals and artificial fragrances in products. Still, even small things like lighting candles or incense, pet hair, dust, or accidentally burning dinner (guilty) can affect our air.

I purposefully partnered with AirDoctor as THE air purifier I use, love, and recommend because it has made that much of a difference in our home. AirDoctor captures 100% of airborne particles as small as 0.003 microns in size and the vast majority of VOCs, smoke, bacteria, viruses, pollen, mold, and dust mites!

AirDoctor’s UltraHEPA™ Filter is 100 times more effective than ordinary HEPA filters, capturing 100% of some of the most dangerous ultra-fine particles as small as .003 microns in size.

Does it work for carbon, gas trapping, and VOCs?

How do you know when you need to clean the air?

AirDoctor’s Auto-Mode uses a professional-grade air quality sensor to assess the air quality in the room and immediately adjust to the correct level of filtration.

How does it purify the air?

You can only purify the air if the air passes through the filter and does not avoid the filter by passing through unsealed leaks. The AirDoctor is a 100% sealed system to ensure all the air you breathe is pure and filtered.

Does it alert you when you need to replace filters?

An indicator light on the AirDoctor tells you when it’s time to replace the filters.

AirDoctor uses our exclusive Professional WhisperJet fans that are 30% quieter than the fans found in ordinary air purifiers. That means you can run AirDoctor at the highest speeds while still enjoying a peaceful home environment.

How does it work in a room?

Why do you recommend AirDoctor over other air purifiers?

I am able to offer up to $300 off on your AirDoctor purchase! Check out all the models here. 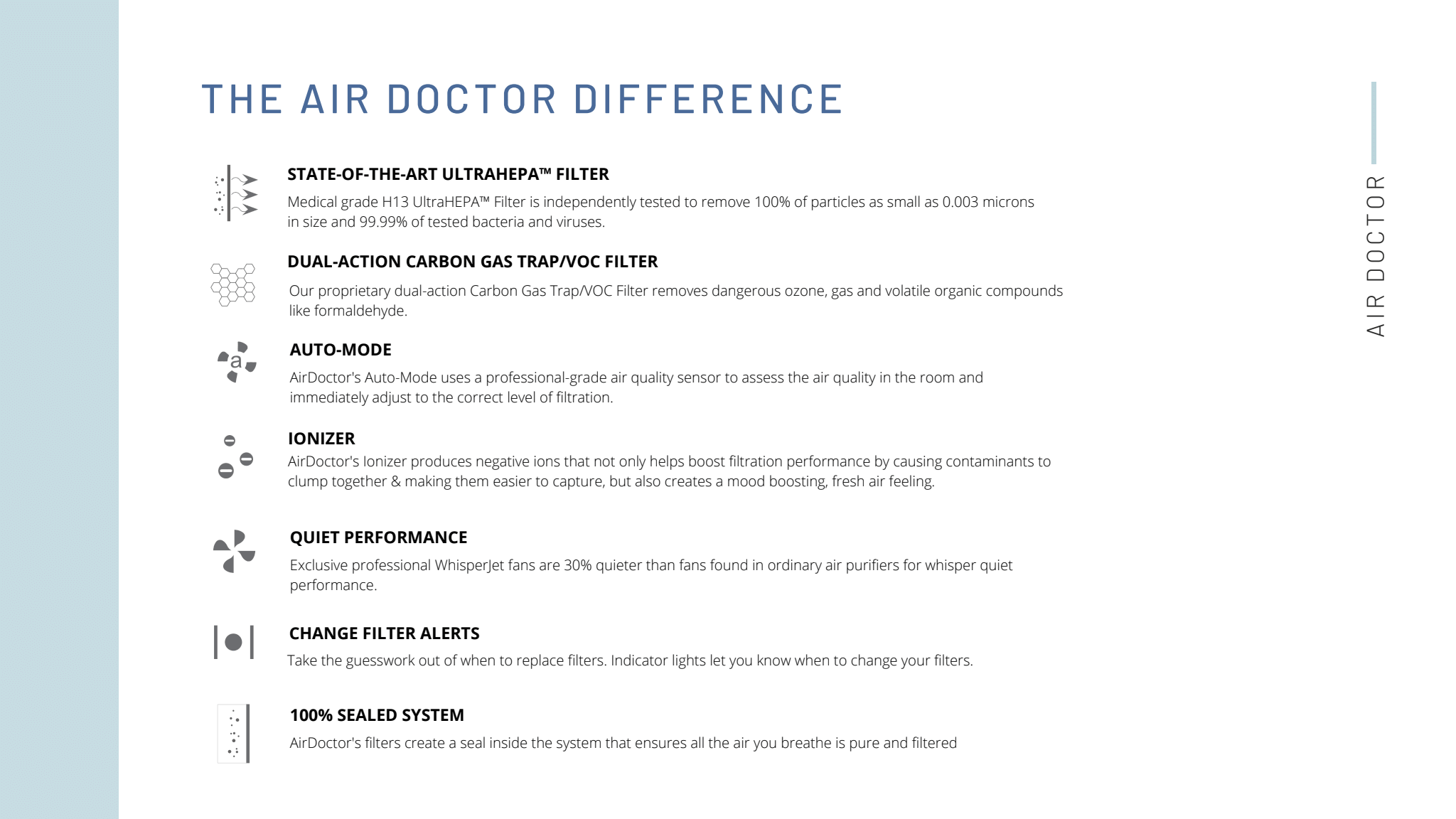 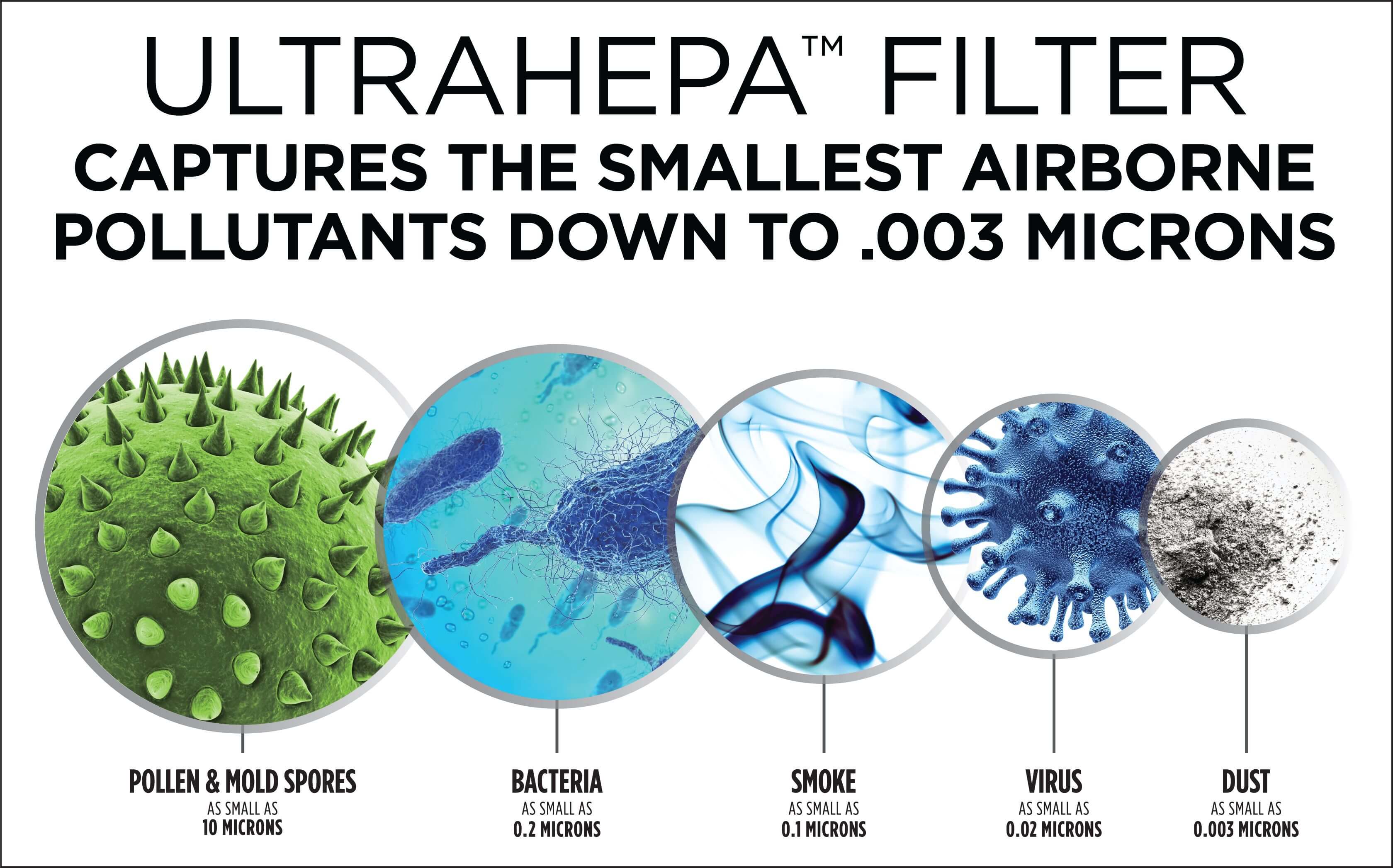 Your message has been sent! Thanks for reaching out.
Oops! Something went wrong while submitting the form.

Mahalo! We’re so excited to share even more with you!
Oops! Something went wrong while submitting the form.